The origin of Açorda de Marisco (bread soup of seafood)

It seems unquestionable that the Açorda de Marisco is a gift of the Arab presence by our lands. It also appears that the bread soup is a dish of subsistence, probably due to food crises. And his arrival to us due to their ease of preparation and especially the simple mixture of basic products. The bread was always, and still is, a structural food from our food.

When analyzing the sources, formulary, the Arab presence in the peninsula we find many soups to which was added crumbled bread or coarsely cut. This seems to be the origin of açordas, including Açorda de Marisco. However almost only in the southern part of the country assumed the name açorda. This is never associated with the soups of bread that are still cooked in Borders or Tras-os-Montes.

And we have the great variation of corn porridge, which is no longer soup. which has become a reference plate in Portugal. Nobody gives up on the coast of the varied açordas fish and seafood.
In the treaty of Arabic cuisine, Kitab al-tabîj, the tenth and eleventh centuries, of anonymous author, we find the first appointment of corn porridge.

In another treatise, Ibn Abd al-Ra’uf also refers to açorda, with the appointment of Tarid [thari: d] or Tarida in Arabic, which means migado bread, to which garlic, coriander and hot water .

Arabic dictionaries query still find the term Ath thurdâ, which means soup with bread.
But it is in the thirteenth century that comes in the most famous treatise of the time. This is the work “Fudalat al-Khiwan …” written by Ibn Razin Tujibi between 1238 and 1266, and whose title I translate from the French for “The Delights of the table and the best kinds of food.” In this book there is a chapter dedicated to Panades (soups with bread) just below the chapter of bread.

We found 25 Panades revenues mainly enriched with meat from the chicken capon, through the pigeon and lamb or the lamb. Also there are three recipes milk that always end with sugar and cinnamon and they should belong to the confectionary group. It is curious to note that there was already a Panade aphrodisiac recipe. 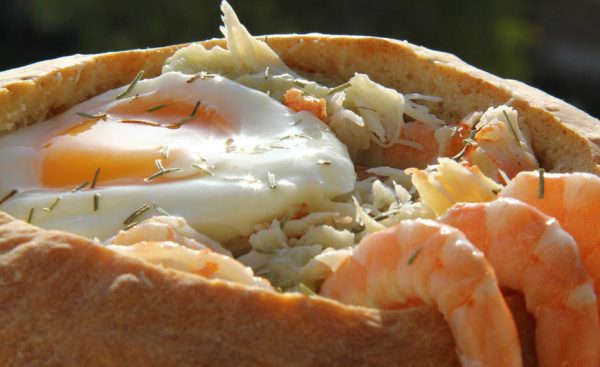